journey with big brother Jonathan and little sister Jolie through popular Bible stories. Readers will learn bible stories through a unique storytelling voice accentuated with rhyming verses. Children will enjoy reading the action packed stories beginning with the Creation of the World, to Noah and the significance of the Rainbow and Jacob the heel catcher and ending with the Israelites’ escape from Egypt. The biblical scenes are uniquely illustrated with vibrant colors and the characters possess various melanin complexions that all kids will enjoy. This book is the first book in the Jo-Jo’s Adventures series which includes Jo-Jo’s Bible Camp Adventures, Jo-Jo’s Christmas Adventures and Jo-Jo’s Easter Adventures.​

Pastor Joshua T. Scott M.CD. and Veronique Scott J.D. are believers who are called to inspire the next generation to stay faithful in their religious belief and love of God. Joshua graduated from Morehouse College and later received his Master’s in Community Development from Prairie View A&M University. Veronique graduated from The University of Texas at Austin and Texas Southern University’s Thurgood Marshall School of Law. Together they created the JO-JO’s Adventures Series to empower youth of all races and cultures to spread the Gospel of Jesus Christ.

At the age of seven, Cynae Punch Brown began writing as a way to cope with the death of her mother. Over time, Cynae realized that there was a need for her to write at least one book in her lifetime--one that helped other children work through the experience of losing a loved one.

Upon graduating from Howard University, it was the field of education that captured Mrs. Brown's interest. A sixteen year veteran in the field, Cynae has held various campus-based, non-profit, and consulting positions that contribute to the improvement of public education. Now pursuing professional interests in higher education, her gift of writing keeps her connected to the K-12 world.

Cynae is the co-founder of Darby and Allen Publishing Company which in February of 2016, released its first middle-grade novel, Pineapple Sugar. Since that time, the book has sold several copies and received a favorable review from the the School Library Journal's Indie Voices.
--
Cynae Punch-Brown, Ed.M.
Consultant, Educator, Writer
www.cynaepunchbrown.com 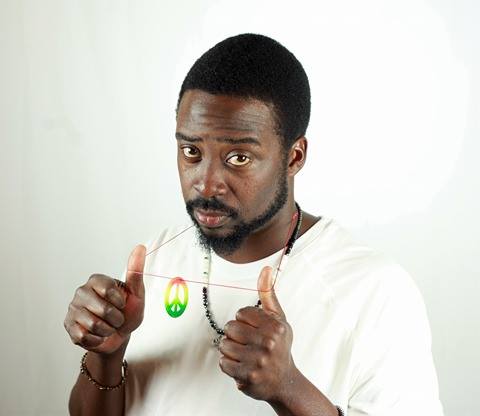 Noah is a native of the Crestmont Park Subdivision in Houston Texas, as the child of Freddy and Cherria Rattler and the second oldest of three brothers and a sister. While growing up his parents showed him how to care for other human beings in need. They helped him develop a strong sense community responsibility along with the desire to help make the world a better place.

After graduating with honors from Ross S. Sterling High School in the Aviation Science Program, he went on to obtain a B.S. in both Mechanical Engineering (May 2004) and Physics (August 2006) from Prairie View A & M University. While finishing his formal education Noah decided to dedicate his time to his community. In 2005, he started volunteering with the homeless at Houston’s SEARCH Project in an effort to understand the complex nature of the interaction between all of the forces that contribute to the homeless situation as it is today. In 2007, as part of an effort to raise awareness for the homeless situation in the United States, he went on a 1,800 mile walk from Houston, Texas to the Pacific Ocean at Santa Monica, CA with the help of Congresswoman Sheila Jackson Lee.

In 2008, as a follow up to the Walk, he initiated SleepOut Saturday, an event that gives participants a behind the scenes look at homelessness from several perspectives.

​Most recently, Noah endeavors to spend the majority of his time speaking to children about friendship, service, grit and the importance of education, while building capacity around his recently self-published children’s book "Noah’s Walk" (co-authored with Nekisha Pickney). If you want to contact Noah, about either of these initiatives, or to learn about any of his other community initiatives, you can connect with him on twitter (@NoahRattler), or on facebook (Noah Rattler).